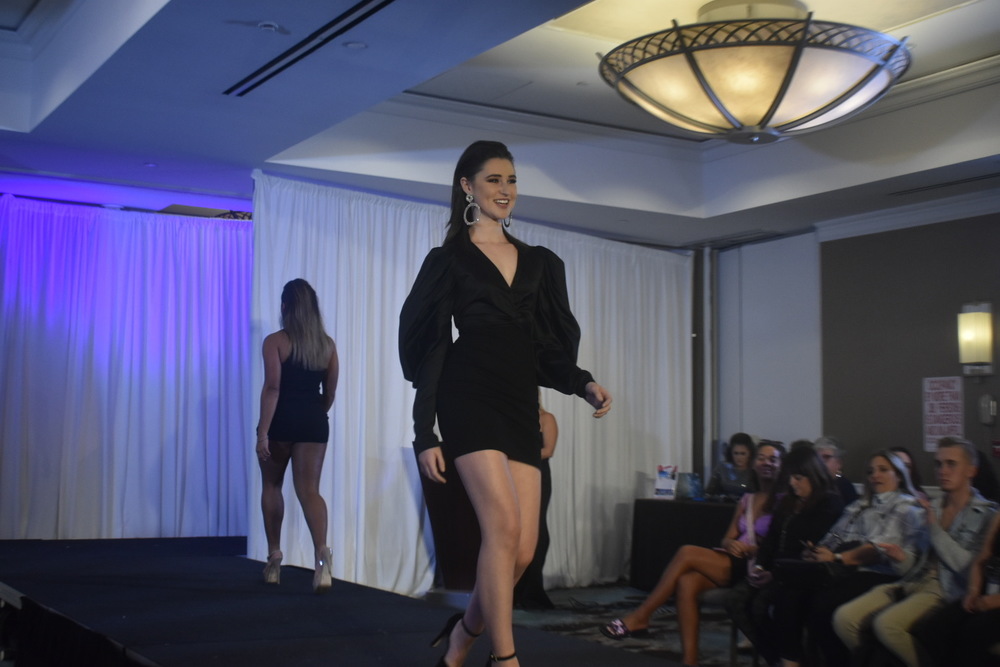 Modeling and medicine are Allie Shanks’ passions. The Central Junior High eighth grader is aware of the work ahead in her quest to enter the medical profession. But, even as young as she is, she has already entered the modeling field.

“I signed with an agency when I was a seventh grader at Hellstern Middle School,” says Shanks, whose sister Counts has been involved in beauty pageants. “I participated in Fashion Week in New York City in September and will go back in February for another week.

“I want to be a runway model so we will see how it goes in February. It could possibly be a career for me but I have other interests as well.”

Other interests for Allie include entering the field of medicine. Three years ago her father had a liver transplant that saved his life. The entire family was impacted.

“I am interested in internal medicine,” Shanks says. “The education necessary takes a long time but modeling careers can be short so I would like to do both.”

Shanks already has appeared in several fashion magazines, some digital. How has this happened at her tender age?

“At the Fashion Week in September there was a wide age range represented,” she responds. “There were others as young as I was. Designers need models from 14-20 and there are many models older than that.

“When I was little I told my mom I would like to model. I’ve always had an interest. She and my dad are great about supporting our interests. Counts is at Har-Ber High School now and still doing pageants. She is getting ready for Miss Teen Arkansas.”

Has Allie ever considered pageants?

“No. Counts can do the pageants and I will do modeling. But, she and I and my 10-year-old brother who is at Hunt Elementary  have taken voice lessons together. We are taking a break from that right now. My sister knows singing is a talent that can help her in her pageants. We can sing a variety of music, just not country.”

Now that her dad is back to full health, Allie and her family enjoy time together, including ski trips. Her dad isn’t skiing again yet but trips to the slopes in Crested Butte, Colorado are a family tradition dating back to her mother’s adolescence.

So, what’s ahead for Allie and modeling?

“Again, we will see what happens in February,” she says. “If it becomes good financially I could have the opportunity to travel. If that happens I would have to consider virtual classes but that’s a future decision.”

In the meantime Allie will continue to enjoy Central Junior High where she excels academically. She is glad the school allows her the opportunity to pursue her dreams. She is another example of why Springdale Public Schools are #THEChoice.