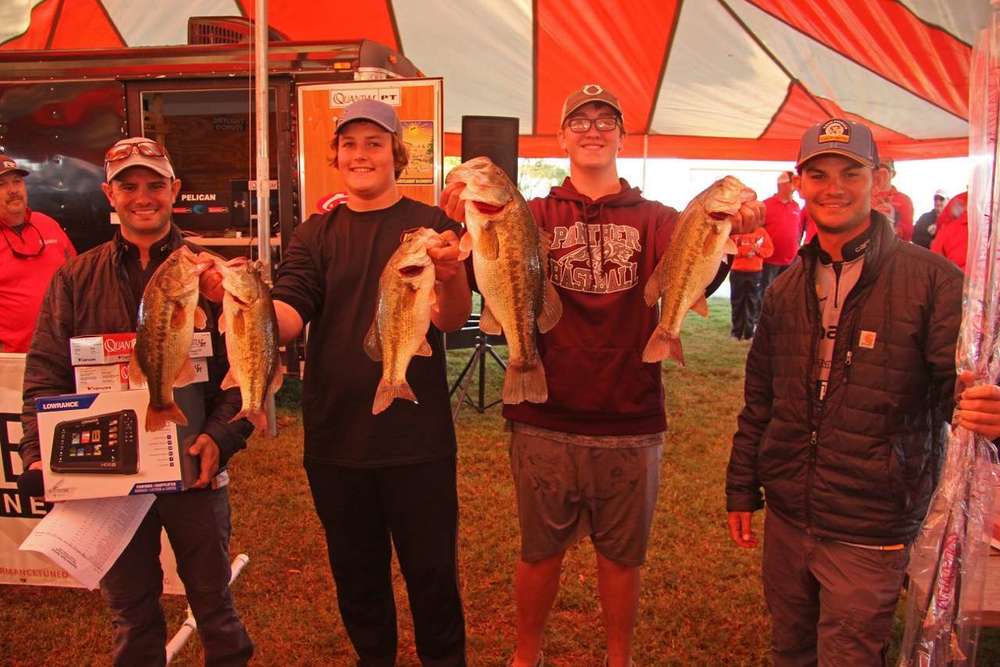 Under normal circumstances Landon Edwards would be graduating from Springdale Har-Ber High School in the spring of 2020. But, circumstances aren’t normal for Edwards. When his father passed away he lost his desire to go to school. He was told about the Archer Learning Center, enrolled there and the spark has returned to his life.

Edwards had not had trouble having spark in his life before his father died. He has loved fishing as far back as he can remember. He fishes competitively and has his sights set on a college scholarship in his favorite sport.

“Fishing is my only hobby,” Edwards says. “When I’m not fishing I’m watching fishing videos or fishing television shows. I have always been serious about fishing.

“On the other hand, I’ve never been a great student. My grades have never been that great until I have come to the Archer Learning Center. Now I’m making all A’s and I’m as focused as ever on fishing. The staff at Archer is trying to help me get a college scholarship in fishing.”

College scholarships are given for fishing?

“Yes,” Edwards responds. “One of my former fishing partners who was a senior when I was a sophomore is fishing at Arkansas Tech. He really wants me to come there. They have a very good program at Oklahoma State. I don’t know if they give scholarships at the University of Arkansas but they have a fishing team.”

Edwards is certainly qualified. As a ninth grader at Central Junior High he was named High School Angler of the Year. He won the first tournament he entered and has won several since. How did he get so good at such an early age?

“I started fishing as soon as a I could walk,” Edwards says. “We live in Har-Ber Meadows and I would fish in the ponds there. I caught catfish and brim. It got to be too easy for me. By the time I was in the first grade my nickname was ‘Catfish.’

“I started watching Bassmasters and FLW on TV. Then I met members of the University of Arkansas fishing team. I met Greg Bohannan (professional fisherman from Bentonville) and started learning. No one had ever taught me anything at that point.

“I entered my first tournament when I was in the eighth grade and won. In the ninth grade I had partners in some events but for the most part fished alone against two-man teams. I was in nine tournaments and won enough to be named ‘Angler of the Year.’

“As a sophomore I had a partner and entered a tournament that had a high school side and a college side. We were given number 469 out of 469 teams. We won the high school division with 16.48 pounds. The college winner had a little over 12 pounds so we would have won the college division as well.”

The highlight of Edwards career so far has been winning an event in Springfield, Missouri sponsored by Bass Pro Shops. He signed a large lure that is now in the Fishing Hall of Fame. He met several pros during his time there.

He is off to a good start this year and currently stands either first or second (he isn’t quite sure) in Angler of the Year competition. He was disqualified in his first tournament when he had problems with his boat engine.

“The engine blew and some of the other competitors were making fun of me. I got them back, though, by winning my next tournament at Lake Tenkiller in Oklahoma. That put me first or second for Angler of the Year, which also has a component for community service. My service is giving books to kids who otherwise wouldn’t have any.”

He did not grow up in a situation of need. He went to Young and Shaw Elementary Schools, Hellstern Middle School and Central Junior High. He completed two years at Har-Ber High School but was jolted by the death of his father.  He currently lives with his grandparents.

“After my dad died I stopped going to school,” Edwards says. “I figured I would get a GED, then go into the military. Instead I enrolled at Archer. It has been great for me. I am the Student President and a member of Men of Honor. I try to be a good influence on other students here. When they have a problem,I can tell them I understand. I’ve been there.”

When Edwards’ father passed away he received enough of an inheritance to go along with money he had saved from working to purchase his own bass boat. It has allowed him to pursue his dream of fishing, a dream he would like to turn into a profession.

“I would love to fish for a living,” Edwards says. “But, I will probably major in poultry science in college. My dad worked at Tyson. I have an interest in chickens.”

Right now, though, he is interested in finishing strong at Archer and continuing to fish. The Arkansas High School meet is coming up at Bull Shoals and he and a partner already have made plans to attend the World High School Bass Master Championships in Wisconsin in May. The winner gets a $25,000 college scholarship.

“I’m looking forward to the upcoming events,” Edward says. “I love to fish. There is something about hooking a big one or weighing in a big sack of fish that gives you a feeling I can’t explain. It is so exciting. After I get my school work done I watch fishing videos because I want to continue to get better.”

Edwards is already good enough to merit a college scholarship for his fishing ability. He’s just waiting for the right contact. His story, including the success he’s currently enjoying at the Archer Learning Center, is another reason Springdale Public Schools are #THEChoice.