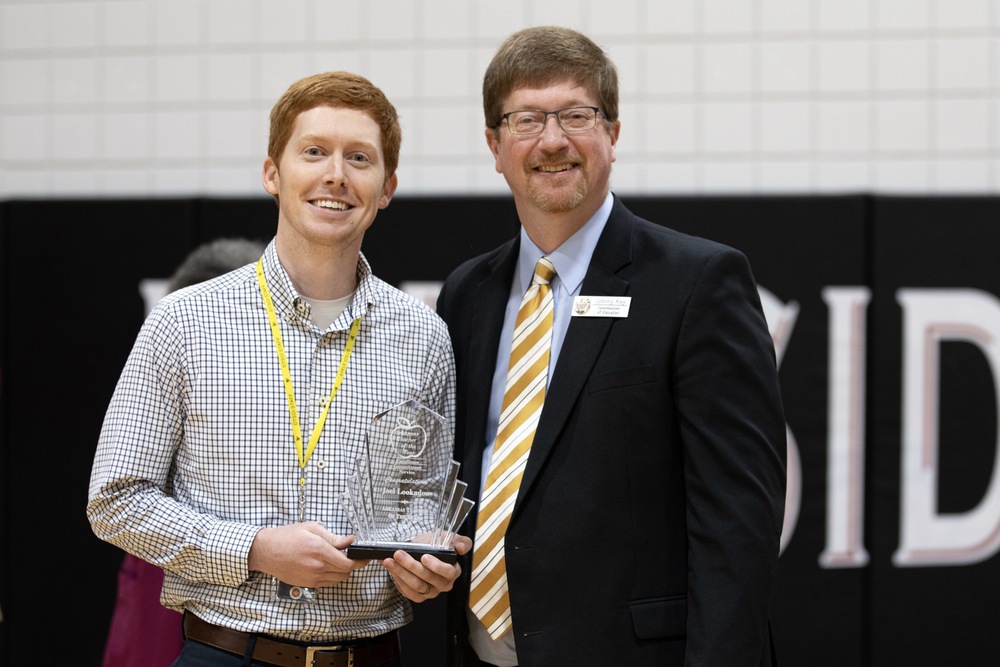 Joel Lookadoo, a first year math and science instructional facilitator at the Don Tyson School of Innovation after serving as a ninth grade algebra instructor for six years at Lakeside Junior High School, has been named Arkansas Teacher of the Year. 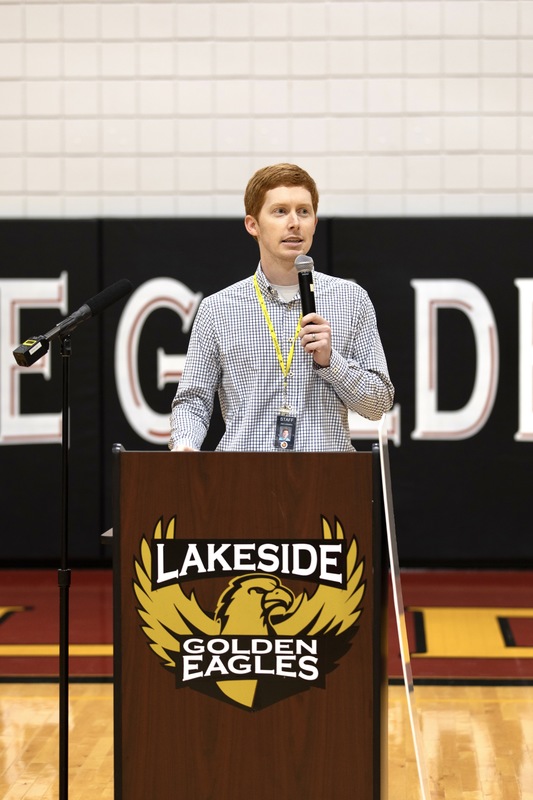 Johnny Key, Arkansas Commissioner of Education, presented Lookadoo with the award at an assembly in the Hartzell Jones Gymnasium at Lakeside Junior High. State legislators, state board members, Springdale School Board members, district administrators and others from around the district joined Lakeside’s staff and student body to witness the presentation.

“It was a total surprise,” said Lookadoo. “I didn’t know until I had been in the gym for a few minutes and noticed the people sitting to my left. Then I saw members of my family. I was shocked. There are so many great teachers in Arkansas, including many in Springdale, that it is a big surprise for me to win.

“Individual awards represent a great team and Lakeside has a great team from Dr. (Michael) Shepherd (principal) to the assistant principals, Kelly Koons and Chelsey Jennings, to all the teachers. They push and encourage each other to surround the students with everything it takes to be successful. It was fantastic to work at Lakeside. I am honored and grateful to represent our district and our state. I appreciate the opportunity.” 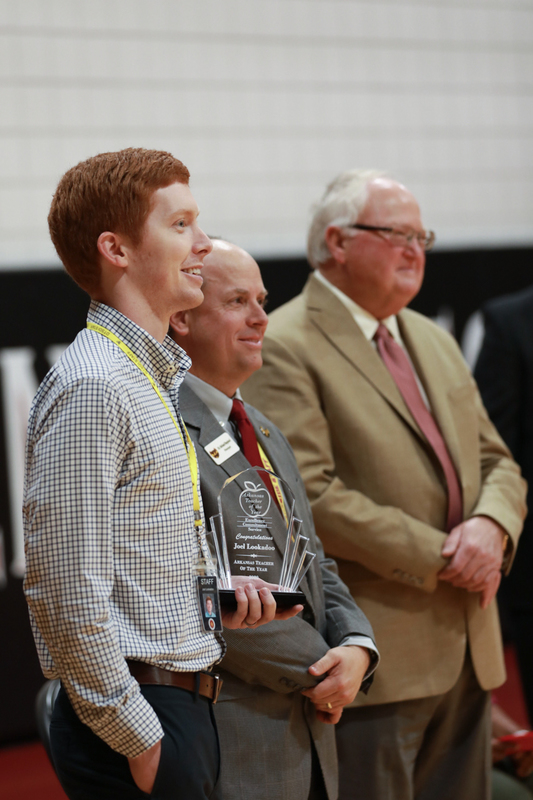 Key said, “To become Arkansas Teacher of the Year, educators must go through an extensive process that requires them to demonstrate why they should receive this extremely high honor. Joel definitely met the criteria. He serves as a model of exemplary teaching. I look forward to working with him during his tenure as Teacher of the Year.”

Lookadoo will complete the academic year at the DTSOI. Beginning July 1 he will travel around the state, sharing innovative ideas with teachers in other districts.

“For Joel the work is all about the students and the relationships that need to be built and supported so that each student can learn at the highest level,” said Springdale Superintendent Dr. Jim Rollins. “Relationships buoy success in the classroom and are long lasting as Joel continues to support his students through high school, college, career and throughout life.

“Joel has been a model of teaching excellence through his work with fellow teachers, staff training in PLCs and through his personal modeling of excellence at all levels. He is a treasure. All of us who are privileged to work with him are much better as a result of that experience.”

Minkel added, “This will be a great experience for Joel. The greatest aspect is the network of thoughtful teachers from around the state and nation that he will build. It is exciting to be part of a group that makes things better in our classrooms, in the state and in the nation.

“Springdale is such a great district. We get great support here. Joel will come back to the district with some new perspectives that will benefit us all.” 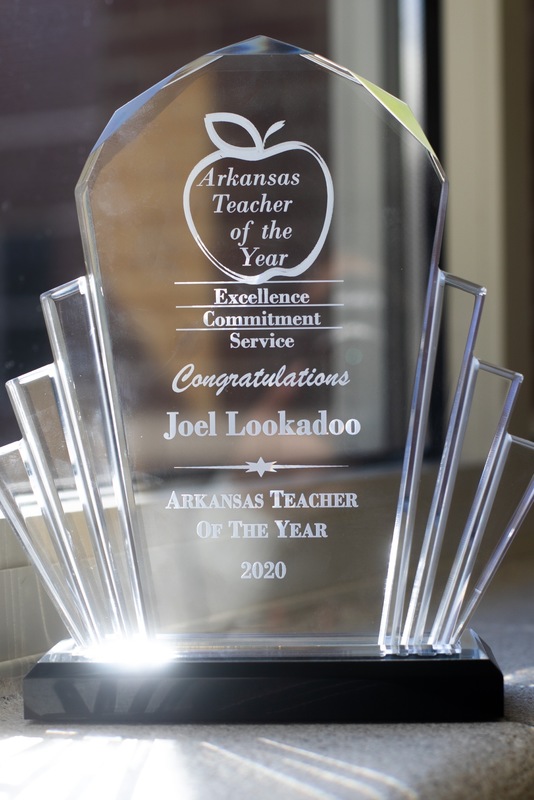 In an Arkansas Department of Education release, Arkansas Governor Asa Hutchinson said, “When describing excellent educators the words dedicated, committed and passionate come to mind. These words definitely describe Joel Lookadoo. Not only does Mr. Lookadoo set high academic expectations for his students, he also values the importance of empowering them to take ownership of their learning. I congratulate him on achieving this special recognition.”